When playing poker, it is important to be aware of the total value of your chips. One method of doing this is through the independent chip model. Whilst you may have heard of this term, what does this mean and how does this calculate the total value of your chips? And more importantly, what does this mean for your poker game and how might you use it to your advantage when you are playing in a tournament game? At a basic level, the independent chip model (which is sometimes known as the ICM poker term) is a method which any player can use to calculate exactly what their chips are worth in a poker tournament game. 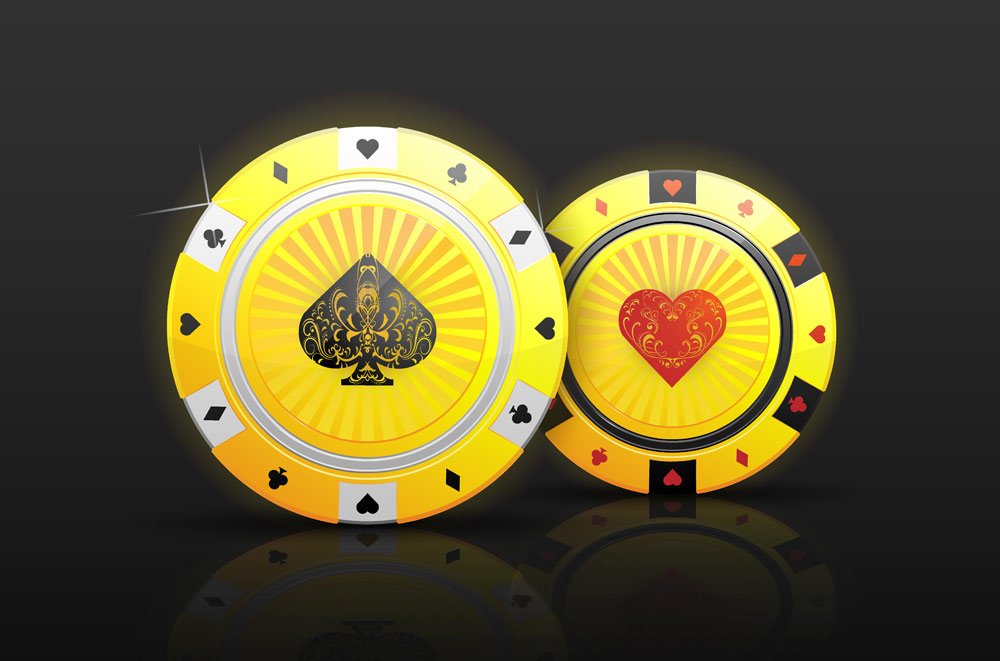 In a tournament game, calculating the total value of your chips will depend upon two important factors. Firstly, the value of the chips depends on the total number of chips which are in play at that particular time point. Secondly, the total value will depend upon the distribution of the total prize pool within that game. Where a player has a certain number of chips, the relative value of those chips will be higher when the total available prize pool is a low number. For example, when a player holds 50 chips from an available total of 500, their chips are worth more than when the total prize pool available is a much larger total of 5,000 chips. Secondly, the prize structure itself can also affect the total value of a player’s chips. For example, if a player holds 50 chips from an available total of 500 and is within a tournament of eight remaining players, where only the winner is paid, then the 50 chips will only have a low value. This is due to the relatively low chance of the player winning the overall tournament. However, if there were still eight players left in the game and the prize structure of the game provided equal payouts for the first seven players, then there is a greater chance of winning money and the player’s chips are therefore worth far more money than they are in a winner-takes-all scenario. The independent chip model can however work out your prize pool equity in a given scenario.

So how does the independent chip model calculate the equity value? The independent chip model uses both the payout structure and the total stack size of all the remaining players within the game to work out the probability of each player’s finishing position. This is then multiplied with the payout for each of the finishing positions. For the player in first place, the probability is calculated by dividing the number of chips by the total amount of chips which are in play. Whilst this is simple calculation for the player in first place, the probability of finishing second, third and lower relies on a series of complex mathematical calculations, where to calculate the probability of finishing tenth or lower requires millions of steps to arrive at the correct value. Although the underlying mathematical calculations are very complicated, there is an excellent variety of ICM calculators online which can be used by players and require the player to provide simple values.

So why is the independent chip model important and how can it be used to your advantage within a tournament game? Although the ICM can’t be used at the table, players who have an underlying knowledge of the model can improve their game by training and therfore getting into the routine of reacting to situations in the most advantageous way possible. Most players find ICM to be particularly useful when they are in bubble situations and need to calculate whether they should risk their chips. In other words, this can help a player decide whether they should call, or fold. Rather than concentrating on the number of tournament chips which can be won by calling in a bubble situation, the independent chip model calculates whether calling will increase the value of the prize pool equity by assessing whether this strategy is likely to be advantageous in the long run. The player is given a percentage value of equity which can be used to indicate whether the stack will increase, or whether the player will instead completely lose all of the chips, in a particular tournament situation. In a bubble situation, this percentage value can be used to show the player if the total prize pool equity actually decreases by calling. If this is the case, then a player should fold, but if the total prize pool equity instead increases by calling, then it is more advantageous for the player to call. Whilst ICM is an excellent tool when used correctly, it is important that players keep in mind that ICM can’t mathematically account for other important factors including luck, or the skill level of the other players around the table. However, the independent chip model can be particularly effective when used against novice players who do not yet have a full understanding of what their chips are actually worth in the long run. Now that you are aware of the ICM poker strategy, why not try it in your next tournament game?