As if the fruit machine fraternity hasn’t been shaken enough by the news that Macau, a former Portuguese colony in China, has overtaken Las Vegas as the global centre of gambling, there’s a strong rumour that Sic Bo online is about to outdo poker in the popularity stakes! But what is it? Where did it come from? And should we know how to play Sic Bo? 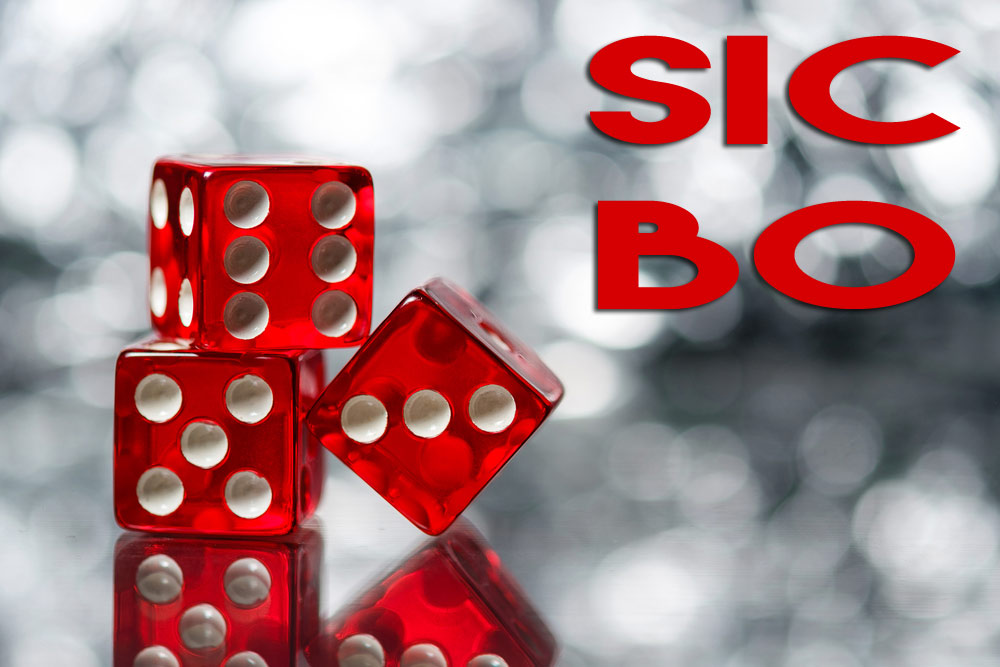 Sic Bo Online And Off

As you’ve probably guessed, Sic Bo or rather “See Bo”, hails from Ancient China where it was invented by Chinese bricklayers who liked to play it during their tea breaks. Combatants in martial arts soon took up the habit when pausing between sparring sessions. Chinese migrants transported it to America in the early 1900’s but it wasn’t officially recognised as a table game until 2002 and now you can play Sic Bo online at any of your favourite casinos. You might already have come across it in games such as Hi-Lo, Chuck-A-Luck or Grand Hazard in addition to the card game baccarat. Some formats of Sic Bo use symbols instead of numbers.

How To Play Sic Bo

Sic Bo is obviously a game that’s fast and furious and can be played in a hurry even while you’re supposed to be doing something else. You can learn how to play in seconds. Three dice are placed in a bowl, shaken and tipped out, then check the outcome to see if you’ve won. And that’s all there is to the Sic Bo rules! The allure of the game actually comes from the betting opportunities that are based on the various combinations.

With versatile Sic Bo, you can bet on a single number, a double with two numbers matching or a triple where three numbers are the same. Sic Bo strategy involves betting on Small, Big or Combination results. Winnings are based on probability and in a similar way to roulette, you can put as many different bets as you want. When betting on the three dice total the outcome can be between 4 and 17. Numbers 3 and 18 are accounted for through the straightforward triple numbers. The Sic Bo odds of predicting a total of 4 is roughly 60 to 1 whereas hoping for a particular treble is set at 260 to 1.

The totals of the three dice are divided into two halves. Small covers 4 to 10 while Big covers 11 to 17. As in the black and red wagers of roulette, Small and Big represent evens. Another similarity with zero in roulette is that if triple one or six are thrown, the bets are lost. Small and Big wagers are best suited to beginners as they are a low risk strategy on account of being similar to evens. They can often be integrated into a betting system such as Paroli which concentrates on increasing the size of a bet after a win.

Combination bets are predicting that two particular numbers will be the result of a throw. Betting on 2 and 4 is a win if they appear on two of the dice. Winnings are placed at 6 to 1 with the house edge at approximately 2.7% which is in the player’s favour. Other combinations such as 4 and 15 can have a house edge of up to 35%.

Sic Bo is a game of pure chance and in this respect is very similar to baccarat and roulette. It is easy to play, takes up very little time and is rather compelling. You can even play a few turns while having a break from a gruelling online poker session. A player cannot influence the outcome of the result and is at the mercy of fate unlike in poker which relies heavily on the personality of a player to cause reactions in others. Sic Bo is unlikely to replace poker in online players’ affections but as an extra dimension to their repertoire it will no doubt be just as popular.